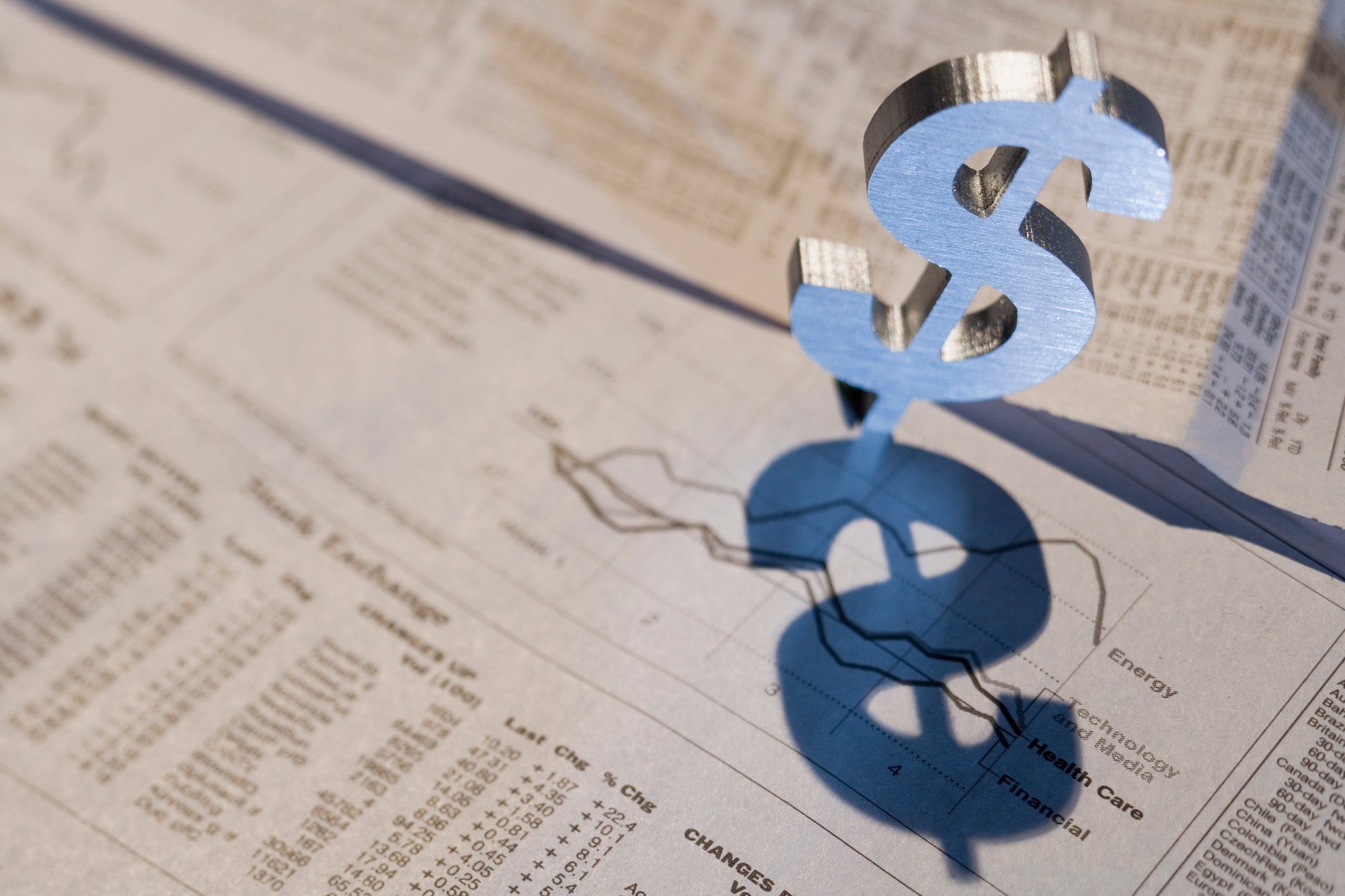 Equity prices soared in November. In fact, before a final trading day downdraft, US markets were on track for their best November since 1928. International Developed and Emerging Markets stocks also moved strongly higher during the month, led by a better than a 15+% jump in the MSCI EAFE Index of Developed Markets.

Small cap and value issues retained the relative strength they have exhibited over the past two months in the US. With only a few exceptions, broad global benchmark indexes are now registering solid yearly gains as we enter the final month of the fourth quarter. Representative equity index performance for the period ending November 30 is illustrated below.

The world’s economy is undergoing an uneven expansion as several large countries, notably the UK and China have been posting strong increases in both manufacturing activity and consumer sentiment. The US recovery remains far stronger than expected at this point including a multi‐month surge i

n durable goods orders and both US and global purchasing manager indexes. (1)(2)

Spikes in new cases of Covid‐19 across Europe and in many areas of the US punctured consumer optimism a bit in November, but for most citizens, the outlook remains positive. (3) Vaccines are expected to begin distribution within a week and with several effective therapeutic regimens reducing hospitalizations and shortening recovery windows, we expect economic impact of the virus to wane in the coming months. The performance table on the previous page depicts a very strong quarter for equity investors. Markets are clearly expecting that 2021 will see further earnings gains, which analysts now estimate will grow by better than 20% compared to 2020 results. (4)

We don’t put a lot of faith into future predictions, but there is certainly “buy‐in” on projected growth evident in equity market performance. In April, when the US economy began to recover from a near total shutdown, expectations were that a strong initial rebound would fizzle to near flat growth by the fourth quarter. Record highs in virtually all broad based US equity benchmarks over the past several weeks suggest that this scenario significantly underestimated the economy’s regenerative capabilities.

We peeked at the Atlanta Fed’s GDPNow® tool to check in on real time impact of recent economic statistics and were taken aback by the magnitude of the current fourth quarter estimate. As of December 1, the tool estimates that GDP will expand at an 11.1% annualized rate over the period from October 1‐ December 31. It’s no surprise, then, that investors have been displaying a significant degree of exuberance. 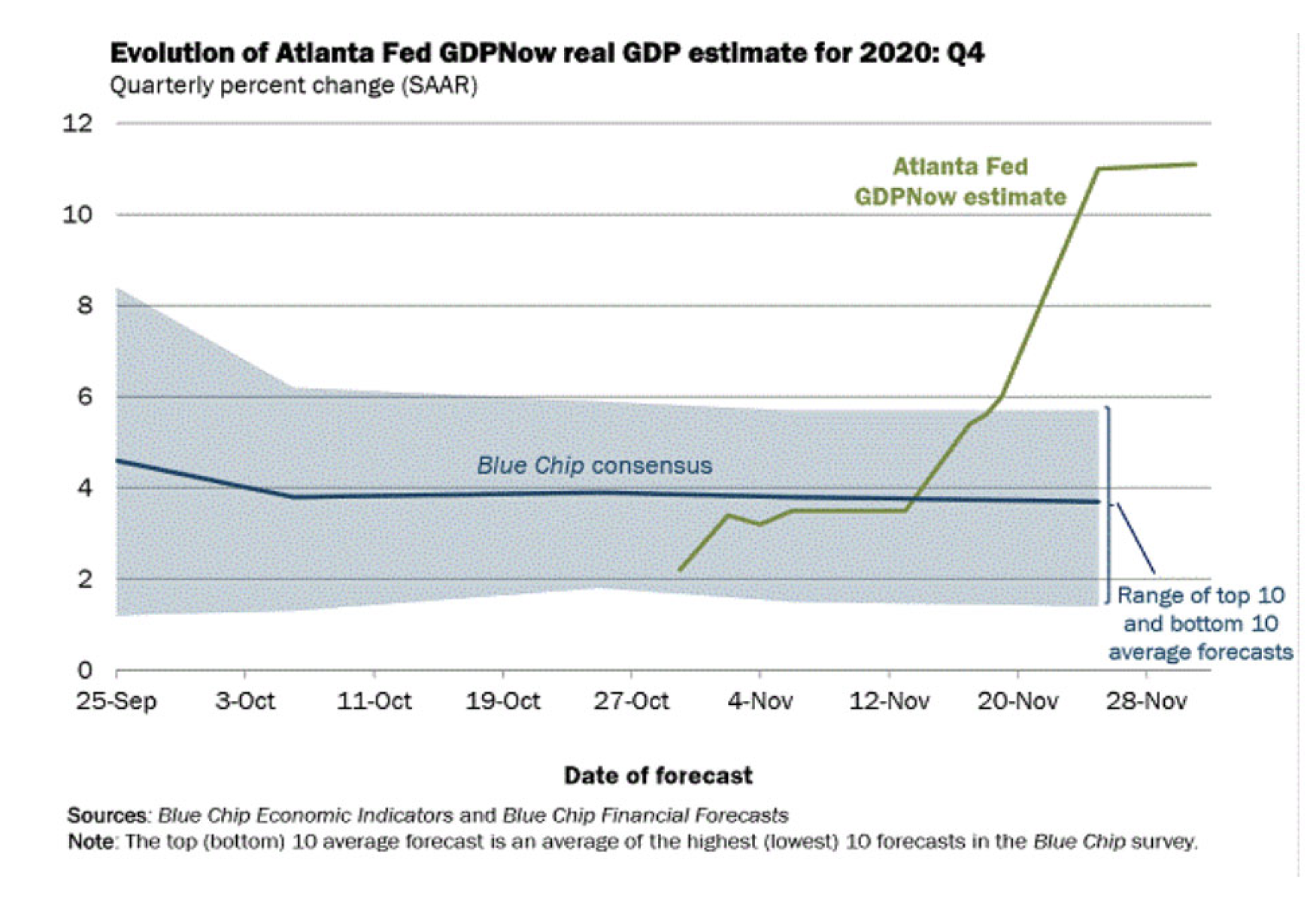 So, GDP growth, built upon a raft of statistical measures of productivity, output and consumption is proceeding at a more rapid rate that thought possible as recently as early fall. For investors, the news and resulting gains by equity indexes have been rewarding. Based on indicator trends, we can reasonably expect the expansion to extend through next spring, at least.

But consumers can’t use GDP to pay for groceries or to make car or tax payments. Employment is Main Street’s greatest concern. While gains over the summer and fall were impressive, unfortunately, many workers have seen their jobs fall by the wayside as small businesses torpedoed by virus‐related lockdowns begin to fail. The inability of Congress to enact additional supplemental unemployment insurance funding has resulted in a possibility the slender lifeline that has supported many since spring will be severed. Recovery in the employment situation has been a bright spot during the recovery as persistently greater than expected reports have portrayed a country producing strong job growth, but what vexes idle workers now, is how to get back to work.

Roughly half the jobs lost in the shutdown have been recovered but the pace of the rebound has moderated. The November Unemployment report, released today, reveals another reduction in the overall unemployment rate to 6.7%, but as the chart below illustrates, the monthly increase in payrolls has moderated to roughly the average rate during 2019. (5) 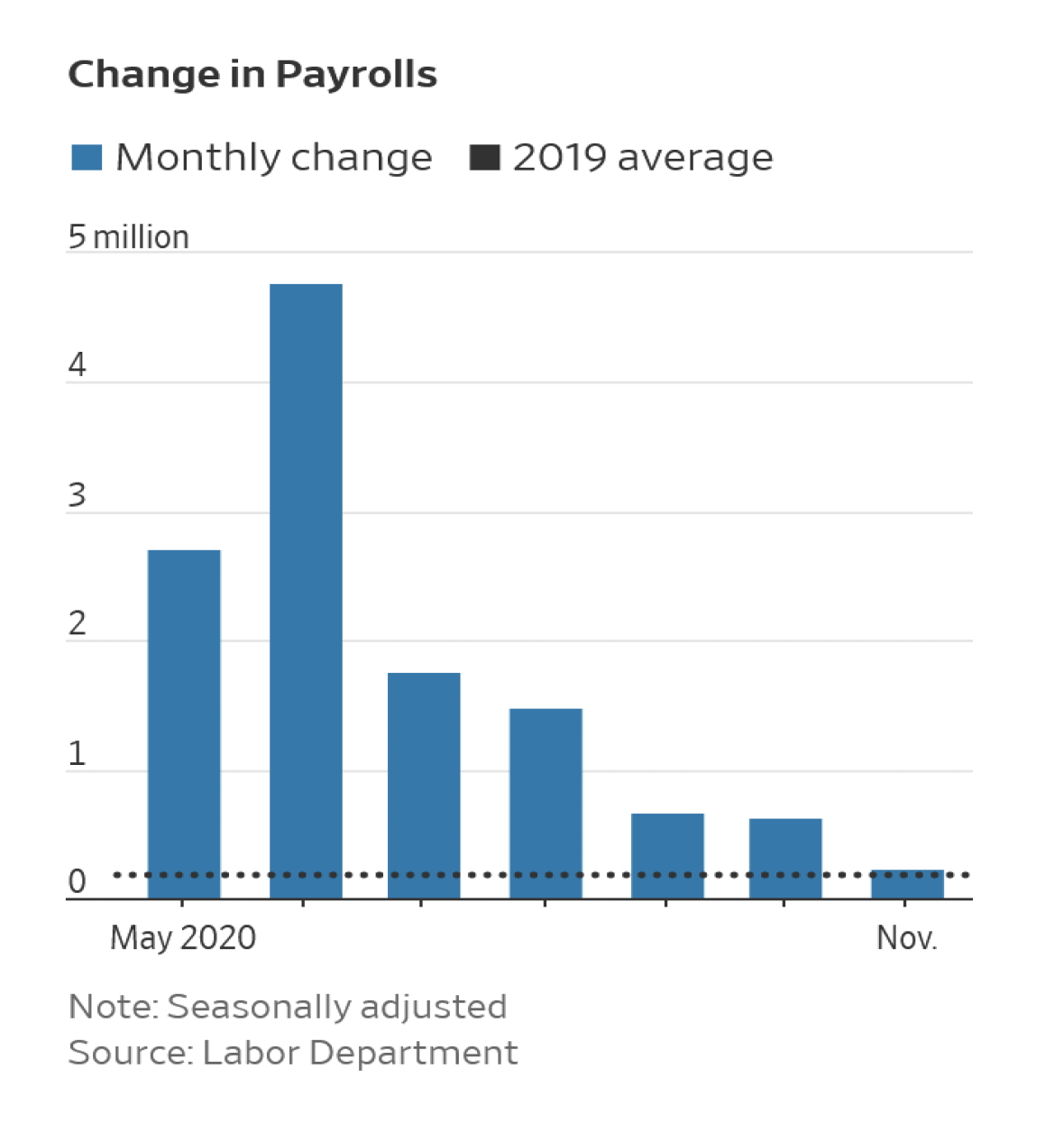 We can hope that state and local governments will unshackle their economies as the virus threat mitigates and vaccines become freely available, but short term pain looms for many as the Holiday season approaches. Unless Congress acts to extend augmented insurance benefits that will expire December 31, many families will soon find themselves in even more dire straits than they already face.

On December 14, the Electoral College will cast ballots for the next President and Vice President. At present, Mr. Biden and Ms. Harris are expected to be the selections.

Three broad scenarios are possible when the Electors meet:

∙ One or more legislatures may authorize an alternate slate of Electors after deciding that their state election was tainted, creating a majority for the Republican ticket

∙ Withholding or changing Elector slates may result in neither ticket receiving the required 270 votes, which would move the Presidential decision to the House of Representatives (VP to the Senate), where each state would cast a single vote (Republicans control 26 state delegations and the Senate majority)

Per the US Constitution, Article II, state legislatures have sole power to determine the method in which their state’s Presidential and Vice Presidential electors are chosen. In the states mentioned above, legislative hearings have produced allegations of election malfeasance that state Senators and Representatives had clearly not previously contemplated.

It is also clear that Secretaries of State and State Election officials modified existing legislative election rules in more than one state, abridging authority of the legislatures involved.

If legislators become convinced their state elections were not free and fair, regardless of pre‐election agreements or procedure stipulations, they retain the Constitutional power to step into the breech with a remedy. Whether the political courage exists to implement such drastic measures is far less than certain and for the President, is a very long shot.

At this point, the first scenario above is most likely, but with 10 days to go, the outcome is not written in stone. According to a recent poll, 47% of all voters believe the result of the Presidential election was likely tainted by ballot fraud, including 30% of Democrats. (6)

We don’t believe that who becomes President will have a significant lasting impact on equity markets as illustrated in our mid‐November blog post. In our view, what is vastly more important is that concerns about how the election was conducted in several swing states be addressed and put to rest. Americans (and investors) can deal with any election result if they are assured and convinced that the principle of “One Man/Woman, One Vote” remains supreme.