Estate Planning Horror Stories: 5 Nightmare Scenarios That Will Scare You Into Action 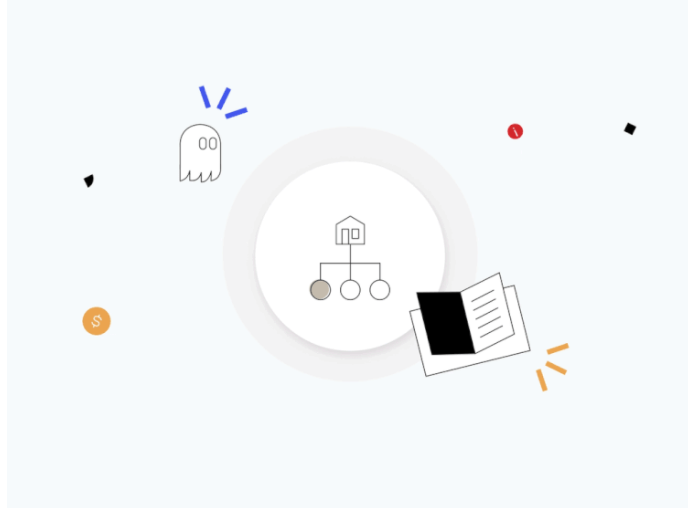 This is a re-posting of a blog published by our friends at Vanilla, an estate planning review resource we use to provide graphical summaries for our clients' estate plans.  I thought it was interesting and may provide you with some things to think about regarding your own estate planning.  If you'd like to have us create a summary for you, please reach out to any member of our team.

From the Vanilla Team, originally published on March 26, 2021 and edited for relevance

Most ghost stories are about unfinished business. Whether it’s a spooky campfire tale or a literary classic from the dark imagination of Edgar Allen Poe, a horror story plotline remains the same: the spirits of the departed haunt the living because there’s an unresolved matter preventing the deceased from moving on.

So what does all of this have to do with estate planning?

A poorly made or forgotten-about estate plan is like a ghost: It leaves you and your loved ones vulnerable to hauntings of the financial kind. When people in mourning have to deal with their deceased relative’s unfinished business, legal entanglements, and complicated tax bills, it makes the grieving process harder. No one can move on.

We’re going to tell you five tales of estate planning terror that, working with a qualified financial advisor, you have the power to avoid. Be warned: They aren’t for the faint of heart. But they are lessons in what happens when you let estate planning fall by the wayside.

The case of the missing documents

Core estate planning documents exist to make your wishes clear while detailing a plan of action. The lack of a will or estate documents will send your family down a hellish legal spiral as they try to untangle assets.

The broadcasting superstar died on January 23, 2021, leaving behind a $2 million estate and, according to Law and Crime, “one colossal legal battle over his last will and testament.”

That’s because in October of 2019 (two years before his death), King wrote the following letter:

In the state of California, informal letters can count as wills, but not always. Because King had unfinished legal proceedings and had failed to designate an executor for the estate, King’s letter raises unanswered questions:


Now the wife and the eldest son have locked horns over who should be in charge of the estate and who should get what. The court case could go on for years and could end up costing the King family a significant chunk of the estate they’re feuding over.

The twisted irony of this terrifying tale is that King left the letter to make his wishes clear—but the lack of formal estate planning documents undermined his intentions.

The revenge of an abandoned estate plan

Signing and forgetting an estate plan can lead to dreadful consequences, like hefty legal costs and additional emotional trauma, for grieving loved ones.

Let us turn to the haunting tale of Hollywood filmmaker John Singleton. The celebrated director and producer slipped into a coma in April of 2019. While he lay unconscious in his hospital bed, his family discovered that Singleton had never created a medical directive or a power of attorney in the case of his incapacity. This sparked a family battle over guardianship.

Thirteen days later, when Singleton passed away, the family was horrified to learn that he had never updated his final will, created in 1993.

According to Legacy Assurance Plan, “In the 26 years since [creating the will], Singleton fathered six more children with different women—but he never updated his will to reflect the additions to his family.”

The Singleton estate is estimated at $38 million dollars. With a fortune at stake, there will undoubtedly be infighting and ruined relationships as his family goes to war over their portion of the estate.

The chilling tale of the fiendish fiduciaries

It’s crucial that the person to whom you give decision-making power over your estate is trustworthy and capable. If you choose the wrong person for the job, the fiduciary can abuse power and let greed overtake a sense of responsibility (both while you are alive and after you're gone).

Take the calamitous tale of Beverley Schottenstein. The former wife of a department store mogul trusted her financial advisor grandsons to manage $80 million in assets in her retirement. She designated them as fiduciaries for her estate so that even when they changed firms, her account moved with them.

Unbeknownst to Beverley, her beloved grandsons exploited her by placing the assets in risky investments just so they could earn big commissions.

“Beverly Schottenstein alleged that her grandsons made a number of ‘extremely complex, highly risky’ investments worth more than $72 million, which led to losses of more than $10 million, but yielded the men and JP Morgan hundreds of thousands in fees,” reports the Tampa Bay Times.

The grandsons also charged thousands of dollars on Beverley’s credit card each month—to the point where her bank account was frozen due to too much activity.

At 91 years old, Beverley Schottenstein was forced to fight for her financial freedom and her legacy. While she ultimately won the legal battle (she was awarded $19 million in damages), it destroyed her family.

“We were close. The entire family is close,” Beverley said in an interview with Bloomberg. “They had no right to steal from their grandmother. If they needed something—anything, god forbid, that had to be done with money—I was right there. I would help them all the way.”

The dark irony of this family soap opera: Had the grandsons treated her finances ethically, they stood to inherit much more than the commissions they earned.

Even if you choose a trustworthy fiduciary, if you don’t update beneficiaries, there’s a chance the wrong people will get the inheritance.

Listen, if you dare, to the twisted tale of Egelhoff v. Egelhoff.

David and Donna Rae Egelhoff were an unhappily married couple who decided to divorce. Two months after the divorce was finalized, David died in a car crash, leaving behind a life insurance policy and a pension plan. Although David had two children from a previous marriage, he had failed to designate them as beneficiaries after his divorce.

Despite suing for the money, the kids ultimately lost the case. Thus, the money went to the ex, and David’s children were left with nothing but legal costs.

The eternal darkness of the empty trust

Let’s say that you do the right thing and have an attorney set up a trust. Unless you keep documents updated and make wise financial decisions, there’s no guarantee your assets will transfer to the trust upon their death.

Borchers Trust Law Group shared this chiller about some well-meaning clients who had set up a trust:

“We completed the transfer of [the clients’] real estate and the assignment of the LLC properly with them, but unfortunately their account ownership and beneficiary change forms were never completed.”

When the clients died, the assets were in their names rather than in the trust, “making the estate vulnerable to probate, and leaving their son with an unfunded trust.”

Not only did the son have to deal with the grief over the death of his parents, but he also had to contend with a lengthy, unanticipated probate process.

There’s even more to this dismal anecdote:

“Their son may now also have to pay an estate tax, something which could have been reduced or avoided altogether if his parents’ trust had been properly funded,” reports Borchers.

We can help you and your loved ones avoid nightmare scenarios by reporting on your current estate health and communicating the risks of leaving estate planning undone. We use tools provided by Vanilla to help drive these vital conversations about the importance of estate planning. Start by getting in touch with us here.