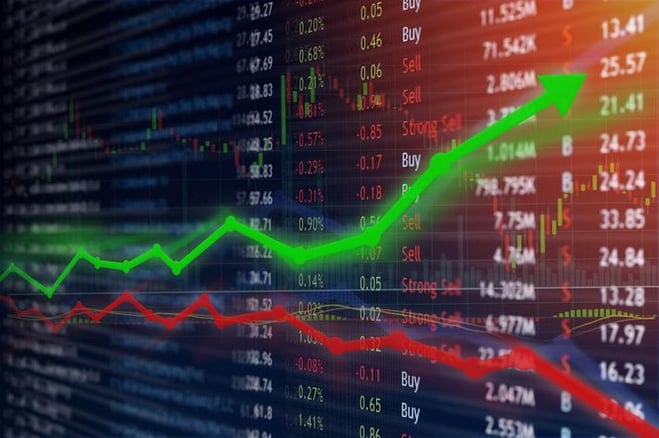 World equity prices have continued to move mostly higher over the past two weeks. In the US, strong 4th quarter earnings results have powered broad equity indexes to new all-time highs.[1] Global equities are also gaining as 2020 opens. International Developed markets are up approximately .7% for the year as of January 17 while Emerging Markets are ahead just over 1% in the same period. Domestic indexes such as the DJTMI and the S&P 500 are roughly 2.75% higher over the first half of January. Closing prices of the DJTMI from the end of 2018 through January 21, 2020 are illustrated below.

In our 2020 Outlook, we discussed the newly inked USMCA and the Phase One trade agreement with China. Another important trade negotiation likely this year will be a bilateral treaty between the UK and the US after Brexit is completed.

On January 31, Britain will formally withdraw from the European Union. For the past three years, MPs who wanted the UK to remain in the EU resisted Parliamentary efforts, first by Theresa May and subsequently by Boris Johnson, to implement the results of the 2016 Leave or Remain referendum. The General Election in mid-December last year swept many of these MPs from their seats, affording Mr. Johnson a strong mandate to proceed with the separation.

One of the main points pushed by the Remain faction has been that it will be difficult or even impossible for the UK to either maintain or to re-establish relationships with EU based corporations and financial institutions after the break. London’s status as a preeminent financial center serving the EU and the world was presumed to be in jeopardy, with Paris the presumptive successor.

In the weeks since the election loudly expressed voters’ desire to proceed with Brexit, this fear has proved groundless. Reports over the past weekend confirm that since the end of December, more than 1,000 EU-based financial companies have sought to establish UK domiciled branches so they may continue serving UK clients.[2] As Leave proponents have asserted would occur for the past 3 ½ years, businesses have divined a method to maintain UK profit centers as Britain prepares for withdrawal from the EU.

After two years of recalcitrance in negotiations with Trump Administration trade officials, China acceded to several core US demands and the two sides have reached a Phase One agreement. In our view, one of the key aspects of this initial accord signed January 15 is that the US made virtually no concessions. Most tariffs put in place during 2019 remain in force while numerous existing Chinese levies on a variety of US exports were reduced or eliminated by the agreement.

US Tariffs scheduled to be applied in mid-December were deferred in recognition of promised modifications in Chinese practices surrounding the theft of US intellectual property and greatly expanded purchases of US agricultural products. It is difficult to characterize the agreement signed last week as other than a win for the US.

What changed for the Chinese? Their position seemed intractable through much of 2019. Apparently, two factors led to the Chinese negotiators’ capitulation. First, many foreign owned companies in China decided to move to countries unaffected by US tariffs, such as Vietnam. These trends became apparent by the middle of 2019, less than six months after the first round of US tariffs.[3]

Another important “push” came from downward pressure on Chinese corporate profits.[4] Information from a state-controlled economy is far from reliable and easily manipulated, but Hong Kong’s Hang Seng index is a reasonable proxy for business conditions on the mainland. Performance of this key index since the end of 2018 through January 22 (Hong Kong time) is illustrated below.

Of note in the above chart is the sustained downtrend in the wake of the initial tariffs during Spring 2019, with the index reaching its lowest level of the year by late summer. At that point, talks were at an impasse and fears of a global recession sparked by further trade contraction were rampant. Negotiations between the US and China resumed in late Fall however, and the index subsequently began to follow other global indexes higher. In early December, prices moved above a previous interim high for only the second time all year.

Rumors that an agreement had been reached became reality in mid-December and Hong Kong equities began to make real progress to the upside. The inescapable conclusion is that US pressure was not only effective in producing the desired negative impact on Chinese economic activity, but also that the Phase One agreement will benefit both sides. The stare-down between the Administration and its Chinese counterparts has ended, at least for the moment, with the Chinese side blinking.

The Chinese agreement and the USMCA hold the prospect of accelerating US and world economic and trade growth this year and beyond. As with any change in economic policy or trade relationships, there will likely be unforeseen ripple effects. We believe these impacts will be positives for the US. China retains domestic challenges related to a large debt overhang in its state-controlled banking system, but it is important to remember that China remains a major world economic player. What helps China that does not come at the expense of others will benefit the entire global economy’s growth.