From all of us at Artifex Financial Group, we wish you an enjoyable and meaningful Independence Day weekend.  Here's something that I found in my inbox this morning that I think you'll appreciate.

Editor’s note: This Fourth of July is the 80th anniversary of Lou Gehrig’s famous farewell speech. We take this opportunity to revisit the Iron Horse’s career, the graceful way he handled his illness, and the lessons of courage, dignity, and resilience his story can teach us all.

On the Fourth of July in 1939, New York Yankees legend Lou Gehrig gave his famous “Luckiest Man on the Face of the Earth” speech in front of a packed Yankee stadium. The team had declared it “Lou Gehrig Appreciation Day,” to celebrate the retirement of the vaunted first baseman.

He batted fourth in the Yankees lineup—in the shadow of rival Babe Ruth—but Gehrig had distinguished himself with such feats as 23 total grand slams (a record that still stands), 1,995 runs batted in, a .447 on-base percentage, and a .632 slugging percentage—the highest for a first basemen.

The country, mired in the Great Depression and on the verge of WWII, was shocked by Gehrig’s rapid physical decline and sudden retirement. Less than a month prior, on his 36th birthday, he had been diagnosed with amyotrophic lateral sclerosis (ALS), a physically debilitating motor neuron disease that carried a life expectancy of less than three years. How could this happen to the invincible Gehrig, a member of the Yankee’s 1927 “Murderer’s Row,” considered by many to be the greatest batting lineup of all time?

As he composed himself to speak at home plate about his confrontation with the disease that would later bear his name, Gehrig was flanked by the Yankees and visiting Washington Senators. The ground in front of him was dotted with trophies and gifts from devoted groundskeepers, custodial staff, and admiring VIPs—he had to set them down one by one because he no longer had the arm strength to carry them.

Then Gehrig stepped toward the microphone:

"Fans, for the past two weeks you have been reading about the bad break I got. Yet today I consider myself the luckiest man on the face of this earth. I have been in ballparks for 17 years and have never received anything but kindness and encouragement from you fans.

Look at these grand men. Which of you wouldn’t consider it the highlight of his career just to associate with them for even one day? Sure, I’m lucky. Who wouldn’t consider it an honor to have known Jacob Ruppert? Also, the builder of baseball’s greatest empire, Ed Barrow? To have spent six years with that wonderful little fellow, Miller Huggins? Then to have spent the next nine years with that outstanding leader, that smart student of psychology, the best manager in baseball today, Joe McCarthy? Sure, I’m lucky.

So I close in saying that I may have had a bad break, but I have an awful lot to live for."

The crowd cheered their beloved hero for two full minutes.

Overcome with emotion in the aftermath of his speech, Gehrig got still another heartfelt tribute. Babe Ruth—retired since 1935—had come back to embrace him and put an end to their long rivalry.

Here was a man nicknamed “Iron Horse” for his stamina. He played in 2,130 consecutive games—a feat unmatched until Cal Ripken, Jr. surpassed it in 1995. This colossal, career-defining strength was swept away in a flash by his disease, and yet he declared himself the luckiest man in the world.

Despite his loss, he was able to see all the good things in his life. He loved his family, his peers, his career—and his disease could not diminish that love and appreciation. In fact, his awareness of all that had been good in his life dwarfed the power of his debilitating disease. His focus on the good protected him from the frustration, anger, and despair that too easily could have overwhelmed anyone facing his fate.

Gratitude was his mind’s medicine. And it can be a powerful force in your life, too, if you engage the mental energy to strengthen it:

Recognize and develop personal relationships
The biggest theme in Gehrig’s speech is his profound appreciation for the people in his life: his fellow ball players who he felt honored to play with and against, his team and its fans, his manager Joe McCarthy, and especially his wife and his family (even his mother-in-law!).

Take a moment to think of all the people you have in your life and how much they add to your daily existence. Who at home and at work do you appreciate? Have you been neglecting friends and loved ones? It’s easy to let personal relationships slide in a busy, wired world. Commit to strengthening the relationships that mean the most to you by making some phone calls and planning some get-togethers. The energy you will get from renewing these friendships will be palpable.

Carry a gratitude touchstone
Objects, like the mementos of esteem that friends showered on Gehrig, can be invested with meaning and become useful talismans for people. You’ve heard of worry beads and rosaries, voodoo dolls and packets of mojo, each invested with its own particular power. You can also use a small object to bring more gratitude into your life.

The idea of carrying a gratitude touchstone was recently popularized in the self-help juggernaut The Secret. The story tells of a man who carries around a small stone in his pocket every day, which he calls “the grateful stone.” Throughout each day, and especially when frustrating events pop up, he reaches into his pocket and rubs the stone to remind himself that he has much to be grateful for in life.

Whether it’s a stone or another trinket with some meaning to you, you might consider carrying a talisman in your pocket and reaching for it when things don’t go your way. It’s amazing how such a simple physical connection can ease your mind.

Seek out mentors
Gehrig had a close relationship with his team’s manager, Joe McCarthy. Gehrig gave baseball his all, and McCarthy supported him. It was all McCarthy could do to keep from weeping as he stood by listening to Gehrig that July 4th. When it was his turn to share some words, he mustered, “Lou, what else can I say except that it was a sad day in the life of everybody who knew you when you [...] told me you were quitting as a ballplayer because you felt yourself a hindrance to the team. My God, man, you were never that.”

Do you have someone in your life who supports you? If not, find someone. Seek out a mentor. Perhaps it’s an older advisor in your firm who knows the ropes, or a coach you can hire to give you support. Maybe it’s a person who is long dead but whose life inspires you—perhaps it’s Gehrig himself. We all need someone to support us from time to time, to help us cope with adversity and keep striving. Forming a MasterMind group can also give you this kind of support.

Write out your blessings each morning
First thing in the morning, before getting ready for work, take a pad of paper and write out five things you are grateful for in your life. If your day throws something discouraging at you, you’ll have the good things in your life fresh on your mind and the negative feelings won’t be able to take root. 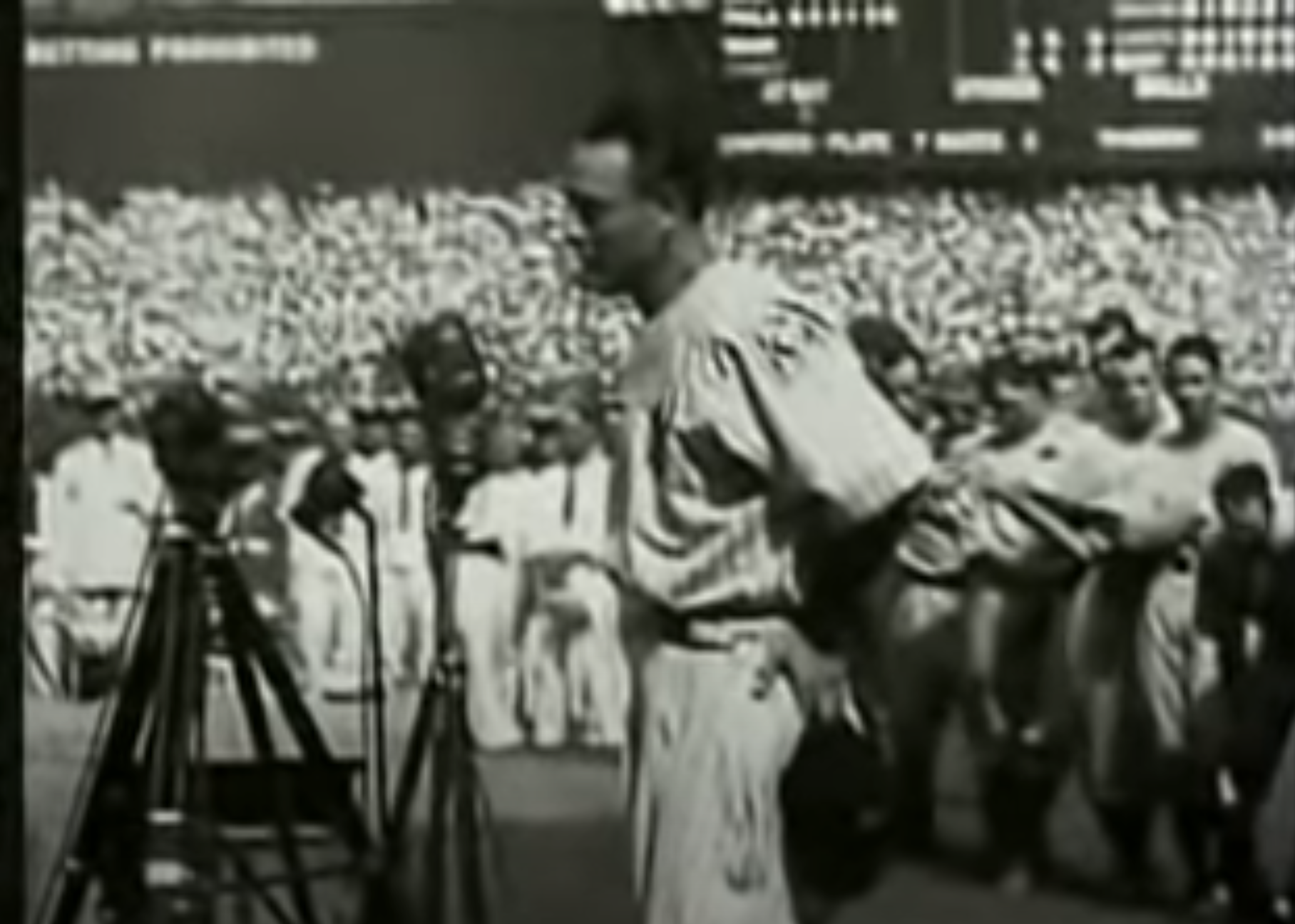