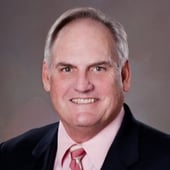 Equities continued their advance toward last fall’s highs over the past several trading sessions. Strong first quarter earnings reports from a number of companies that significantly surpassed published expectations have accompanied broad US equity benchmark indexes higher over the past two weeks. Global benchmarks have been similarly strong.

The US bond market rose and fell modestly during the second half of April but remains well within the yield range that has bounded the domestic credit markets for more than 6 months. Statistical measures of US economic activity remain in positive, expansionary mode and the most recent measures of inflation confirm little change in the outlook.

Late last week, the US Bureau of Economic Analysis (BEA) reported its initial estimate of first quarter 2019 GDP growth. The 3.2% annual rate was a full percent above consensus projections. The new all-time highs posted by the S&P 500 and the NASDAQ Composite indexes in the wake of the GDP numbers came after more than four months of a persistent, general advance by broad equity benchmarks from the Christmas Eve 2018 lows. Other representative domestic indexes are currently within striking distance of their comparable Fall 2018 peaks. Below is a chart of the S&P 500’s price movement over the past year. 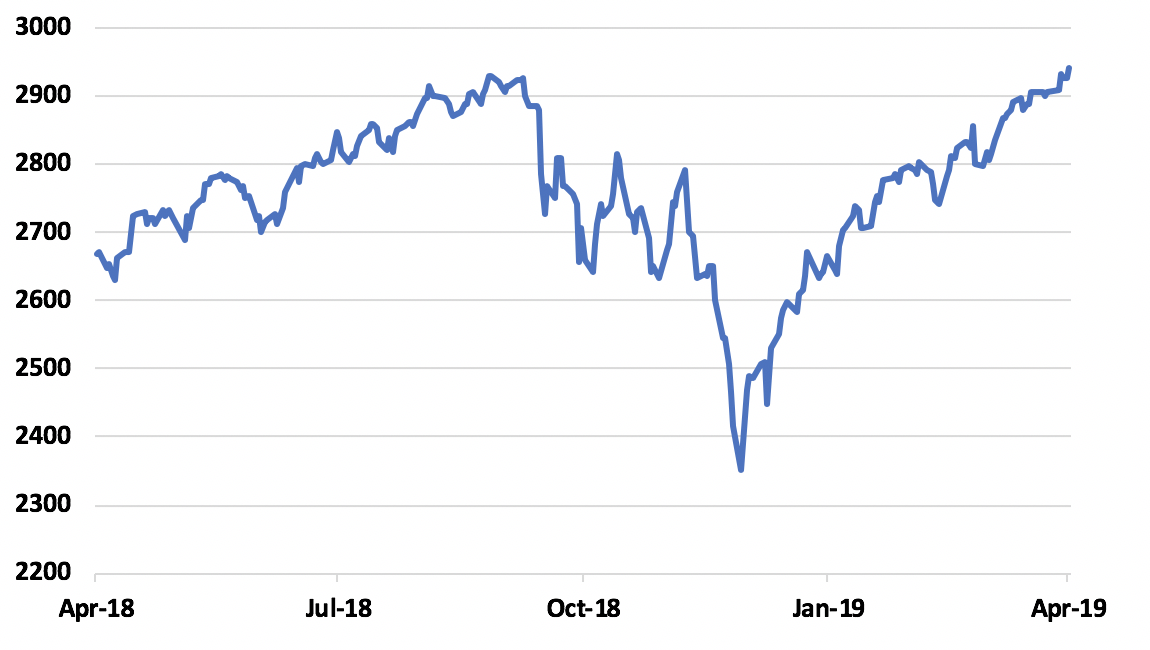 There was good and not so good news cached in the specifics of the GDP report. Inventory buildup was a strong contributor to the overall increase, which some pundits suggest will negatively impact succeeding quarters as existing inventory is drawn down before new orders are placed. This speculation may or may not be true, of course. Also, of note was a significant decrease in the net US Balance of Trade. A sharp increase in exports narrowed the gap with imports. The change in the net balance was blamed in part on (or credited to) the Trump tariffs, which are designed to increase the cost of imports and to shift demand from foreign to domestic producers.

A key component of each quarterly GDP report is the inflation rate measured by businesses and consumers during the quarter. The rate is termed the “deflator” and is subtracted from the gross numbers to produce the net or real GDP growth rate. The news on this front was positive. The annualized inflation rate affecting the growth of goods and services in the US economy was 1.3%, excluding food and energy. This figure reconfirms the reality of low inflation growth and underscores the validity of the Federal Reserve’s decision in late January to suspend further interest rate increases.

On the not so good side, there were several statistics that are indicative of a retrenchment in activity compared to last year’s strong fourth quarter. Business investment, personal consumption expenditures and homebuilding activity all slowed their growth rates significantly compared to the previous quarter. The January government shutdown was cited as a contributor to the lower growth rates of these key GDP components. The BEA news release indicated that the shutdown subtracted an estimated .75% from the net results.

It is important to remember that not only is the GDP report subject to two further revisions over the next months, but also that we cannot draw any predictive conclusions from the data. Whether the inventory buildup is artificial and destined to be a “borrow” from future production is unknowable at this point. It is equally possible that businesses ramping up inventory are doing so in anticipation of expanding visible or developing demand for their end products. Toward the end of the period, a rebound in personal spending was observed in the data, demonstrating the transitory nature of the government shutdown’s impact on economic activity.

What we can assert confidently is that the data in this initial reading of first quarter US GDP was not a huge surprise to the equity markets. We have repeatedly observed the fact that investors’ collective opinions and decisions are the product of all readily available corporate and economic statistical information, news items and a discount rate applied to future growth expectations. Advance estimates of first quarter earnings for the S&P 500 were for a 3% decline from the growth rate in the first quarter 2018. Through mid-April, nearly 80% of reports have exceeded analysts’ earnings estimates and nearly 60% have beat revenue expectations. While the rate of annual increases in earnings has slowed from last year’s torrid pace, profits remain strong.

At this point no one has any real insight into future GDP reports, but it is safe to say that investors believe more strong growth lies ahead. Those with figurative “egg on their faces” that had predicted a gathering recession at year end 2018 will likely focus on the negative aspects of the most recent gauge of US economic activity. But the equity and bond markets are pointing in a different direction, away from recession and toward further expansion. The recession that wasn’t will not be the first time pundits and analysts have been wrong. Nor will it be the last.