In case one of your New Year's Resolutions is to reevaluate your career, here are the top jobs and cities in the US, according to Knoema.com.

Incidentally, Ohio does pretty well in this ranking, with Columbus at 11th, Cincinnati at 18th, and Cleveland at 19th.  Go Buckeyes!

Employees choose employers, just as employers choose employees. And, companies like Glassdoor make it easier than ever for people to move beyond annual salary and statistics on the highest paying jobs—none of which they may even be qualified for—in their evaluation of potential employers.

Job applicants and city hoppers beware of mismatches between tempting high-paying jobs and job satisfaction and crime trends. The United Kingdom dominates the top 5 cities in the ranking based on job satisfaction, but for some job seekers might not have the same allure as the single US city in the top 5: San Francisco. 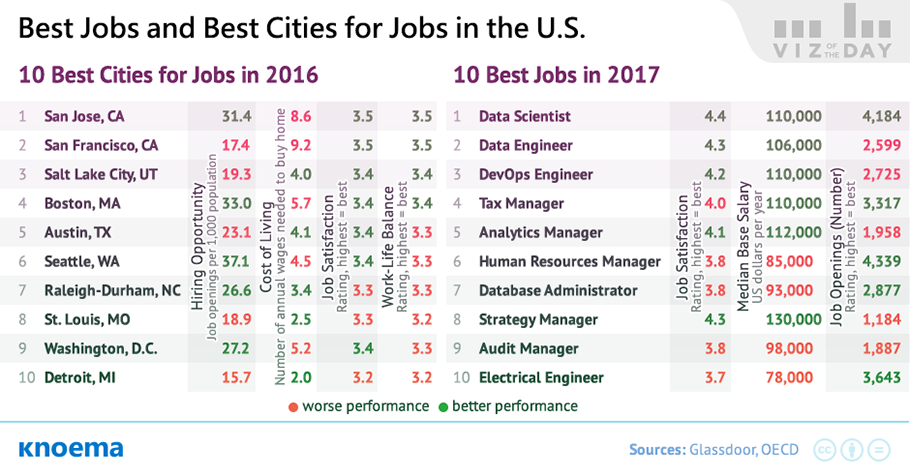